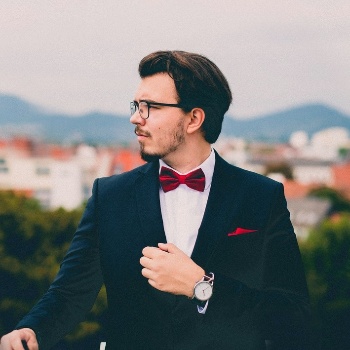 This report will be about a short (only 1 day) but very pleasant and intense trip to Paris. Why Paris? We fell in love with France from the first trip, so now vacationing after a vacation is slowly going down the hill and visiting all of its parts :) This time Paris fell out.

Dates: 6.11 - 8.11. As it turned out - a great time to travel! This golden autumn. Mostly sunny and warm, 15-20 degrees. The trees are yellow, and the fields are bright green, because recently, winter crops have come up. In the vineyards, however, most of the leaves have already flown around and grabbed the berries, so it is better to go a little bit earlier.

Arrived at 10 pm, took the car and went to sleep in Paris. Because of plans to go to the Moulin Rouge, chose Hotel Fiat on a nearby street. The hotel is from category "poor but clean", but it is located well - close to the tourist’s station, but not directly on the boulevard, so it is not noisy. In Moulin Rouge, tickets were taken over the Internet a couple of weeks before the trip, and by this time there were only tickets to the 11-hour show, which, given the 2-hour time difference, is already too late. So take in advance if needed :)

In the morning, we got up and went to inspect, not inspected, on the first visit - the Opera and the House of Invalides. On the way, we walked through the gardens of Tyurilla - in the fall there is more beautiful than in spring, more green.

I liked the Cathedral of the Disabled very much - captured flags were hung on the walls, starting from very old years, judging by the fray. And in the center are the flags of the French, bright and new. Very impressive and makes you feel national pride.

There was also a plan to climb the Eiffel Tower and have dinner there, but the turn was about 40 minutes, and we were too lazy to stand there. And there is another entrance, according to preliminary reservation, there was no queue. We need to take note of the next time. In addition, there is a nuance with the schedule - the lower elevators are open until 5 pm, and the upper one is up to 4, although it is getting dark at 6 in this time.

In the evening we decided to eat oysters and other reptiles. Found in Google the nearest fish restaurant, Charlot Roi des Coquillages, turned out to be some kind of pathos. We ordered a large dish of all kinds of sea reptiles, we spent time very well. Interestingly, both here and in the restaurant in the castle hotel where we stayed later, visitors were 90% retired in pairs. It seems that young people in France have no money. But for the grandmothers the soul rejoices - slim, stylish, drink champagne in restaurants - our way :)

After dinner, went to the Moulin Rouge. Last time we went to Crazy Horse - that's where it’s 100,500 times better for our taste. First, the organization was terrible at the mill - the show started half an hour later, and for half an hour a huge queue stood in front of the door. Secondly, the show is rather a masquerade than something erotic. Gorgeous costumes, perfect figures, everything is very colorful, but that's why there are naked boobs - it is not clear, not a single gram of eroticism is in the program. The girls through one tired angry faces (the rest have glued smiles). And the group choreography is lame - they dance asynchronously. But at the same time, everything is very beautiful and colorful, for the sake of this is worth going.

One day is not enough to investigate all the beauties in Paris. Next time we are going to visit Champagne for 2 more days. Hope autumn never end.