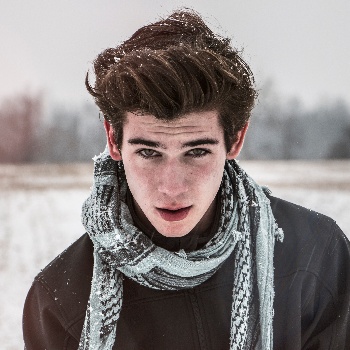 I've been driving my Tesla Model S for a few months now and I would like to see some tweaks to Autopilot and Autosteer that I think would be a great help to most drivers.

Tesla recognizes not all road types. Some of them it simply ignores. Autosteer with assisted lane change will only recognize another lane if there's an intermittent line on the lane. Continuous lines are not to be crossed. However, some roads have double lines (one continuous and one intermittent) to indicate that you can only cross it from left to right or from right to left. Autosteer will not let you change lanes. Other roads have intermittent lines with very little space between. It usually means: 'don't cross unless you have to' and are used to keep the left lane clear for weaving traffic. Autosteer won't change lanes here but the driver should decide.

Autosteer is great to stay in the middle of the lane. I noticed when I first started using it that Autosteer would drive a little further to the right that I would by myself, but looking in the mirrors it turns out that Autosteer keeps you exactly in the middle while I think most human drivers would stay a little on the left in the center of lane.

Autopilot keeps the car in the exact middle of the line. Sometimes it is uncomfortable, because all human drivers ride a car a little to the left. Car feels its size better than human does. Normally, it’s fine, but when overtaking a big lorry I would feel much more comfortable if Autosteer would, like a human being, stay clear of the lorry and move to the left for more clearance. Only if there's space on the left, of course.

I should note that I'm a European driver where you typically stay in the left-most lane opposite to the US custom to stay in your lane and overtake on both sides.

With Autosteer engaged, when you approach a slower car in front of you, you typically wait until Autopilot slows down (or a little before that) and then engage lane change to overtake the car. In most cases, Autopilot will slow down while changing lanes until you're clear in the new lane and then the car will accelerate again to get to cruising speed again. I'd much prefer if Autopilot would consider, once lane change has been requested, the situation of the new lane to determine the speed. Usually the new lane will be empty or will have a faster car in it, so there's no need to slow down. I'd suggest to half the safe distance to the next car in the current lane once lane change has started.

I also find that lane change is sometimes slow to engage, even if the other lane is recognized. Compared to all the super-responsive functions of the Tesla, this one is slow. I'd really appreciate a more snappy behaviour.

Finally, I hope to find other experiences and suggestions in this thread or reactions from Tesla to indicate whether the suggestions make sense.