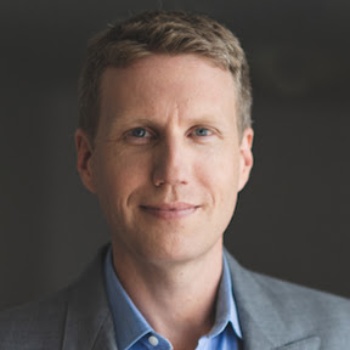 My review on Model X after one month of using

After a month of using Model X my overall impression is like 70 out of 101. One hundred and one, because cars for such a price must outplay your expectations and market in general. So let’s discuss pros and cons of this car. The first thing every Tesla customer is all about while buying is, of course, its doors.

They are beautiful and fully automated. You just click the button, and it does everything for you.

You can also open door using control panel, while being parked too close to other cars.

I'm a simple man, so prefer using mechanical button on the doors to open them. I nearly slammed the door on someone's head when I was showing them car. They had their head in the way of the door. Luckily my brother in law caught it.

I nearly closed the FWD on my son, user error. I pressed the wrong button, meant to press the front driver’s door. My two sons love the car and they learned to use the FWD really quickly.

Crazy how much attention the car gets. It is similar to when I first got my MS which at that time were less than 15k on the road so seeing one is rare. Since I had Autopilot on, I see all the folks practicing bad driving behavior of whipping out their phones and taking pictures.

White seat cover lools amazing and it’s quite useless at the same time. White means is ready to become grey after a few years of using, kids with dirty boots and tons of luggage. LOL

Panoramic windshield, I don’t really notice them. All I notice is that when turning I can see more as the A pillar is not as slanted as in the Model S so it doesn’t obscure your field of view in a turn. But if you are on Auto Pilot and have time to take a look up it is quite amazing. But during normal driving, I’m not too aware of the windshield.

Middle row. Really need a memory function! I really hate these as they affect the functionality of the rear third row. I like the seats moved all the way forward which give the third row a few inches more space. But once you operate the seat with the button on the back, it goes back to the leg crushing position for the third row. All the way rearwards! In the latest firmware 2.20.60, they did add functionality in the seat menu to move the middle seat all the way forward. Previously those seats didn’t move much at all.

There is also a loud clunk noise when you move the side seat forward for entry into the back. Not sure if it’s normal. But seems like it is the plate that covers the mono pole opening. It only happens to the first one that you move up. Whether you do it on the left or the right outer seat, the sound happens towards the end of the movement.

Still get a lot of questions about what I drive every day. Yes, this is my only car and no, I have never run out of electricity. I can refuel anywhere if there is an electric outlet. Haven't been in a gas station more than once when I was traveling and had a rental.

Brakes and sensors have been working without issues. Earlier this week, the car detected a potential accident and provided an audio and visual alert when the vehicle in front of the vehicle that I was following suddenly slowed down to make an illegal u-turn under a freeway bridge. I was able to stop at the same time as the vehicle in front of me, avoiding an accident that could have occurred due to reaction time. The driver that made the sudden illegal turn had to stop and backed up as his pick up truck did not have the turning radius to make the turn.

Power is amazing! Much faster than my P85+. Can definitely feel the extra second less to 60mph.

Again, the car draws a lot of attention. People will stop take pictures and even reverse their cars to look when the FWD are used.

Front trunk is tiny. Enough space for some accessories, but no more.

In general, car is nice. Love its functionality. At the same time, as I’ve mentioned at the beginning, such luxurious car has to be more than people expect, not only highlighting itself by crazy doors system. But also making even more.